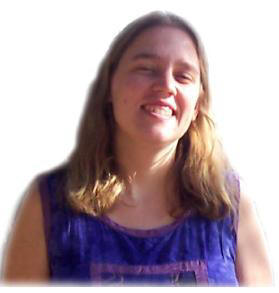 When Megan Miller was four years old she went on a deep-sea fishing trip with her dad. They caught mackerel. For the next two years she drew pictures of a boat, fishing poles, and a smiling Dad and daughter at least once a day, sometimes several times a day. Later that year, after seeing pictures of the Far East in National Geographic, she made a collage about Thailand. And so began a lifelong intense interest in the orient and all its culture and architecture. And it broadened her scope in art as well.

Megan, now 38, is a prolific artist, working on her art at least 10 hours a day. She has made a specialty of drawing dancers and cityscapes. The Far East and creatures of the sea continue to be major interests. The most absorbing interest of all, however, is in her diagnosis, Asperger’’s Syndrome (AS).

AS is a form of autism, a neurological phenomenon that reveals itself in intense interests in things and subjects that fill the mind and become obsessions from a very young age. Motor skills are often deficient, but it is the lack of ability to understand social rules and language that causes the most difficulty.

Life at public school was traumatic for Megan, who was teased, excluded, and attacked for being different. Teachers, however, tried to work with Megan and soon recognized her talent. Megan's parents encouraged her interest in art and provided outside art classes.

“It helped me to take art classes early. It seemed easier to do than most things. I also liked the art clubs and after-school projects because some of the kids were nice to me."

Classes offered by Portsmouth artist Katy Baucke were a major influence in Megan’’s life. ““Katy Baucke was an interesting person who did things differently. She made learning art fun,”” said Megan.

Unfortunately, the peer abuse escalated in high school, and Megan’’s parents decided to homeschool her. Fortunately, Megan was an excellent homeschooler and immersed herself in geography, history, writing and, of course art.

Shortly thereafter she was finally diagnosed with Asperger’s Syndrome, and that became her new consuming interest. "I went to all kinds of conferences [see www.AANE.org]. The one who knew the most was [world-renowned AS expert] Tony Attwood. He showed me there is a whole world of Asperger’s that no one talks about,” said Megan.

Gradually over the next few years, Megan’s art, writing and interest in AS evolved into one goal: to educate the public about Asperger’s Syndrome. She wrote letters to newspapers about the abuse kids with AS endure.

Foster’’s Daily Democrat featured an article on Megan. She has been a panel discussion member at an AS conference. One of her drawings has been published on the cover of the book Choosing Home: Deciding to Homeschool with Asperger’s Syndrome by Martha Hartnett (available in stores, and at Gafney Library.) .

Besides high school art classes, Megan has studied art with Katy Baucke of Portsmouth, NH , Kim Casey of Dover, NH, and has taken a life drawing class with Dewitt Hardy.

Of note: Megan’s work was used as cover art for the book Choosing Home: Deciding to Homeschool with Asperger’s Syndrome by Martha Hartnett.